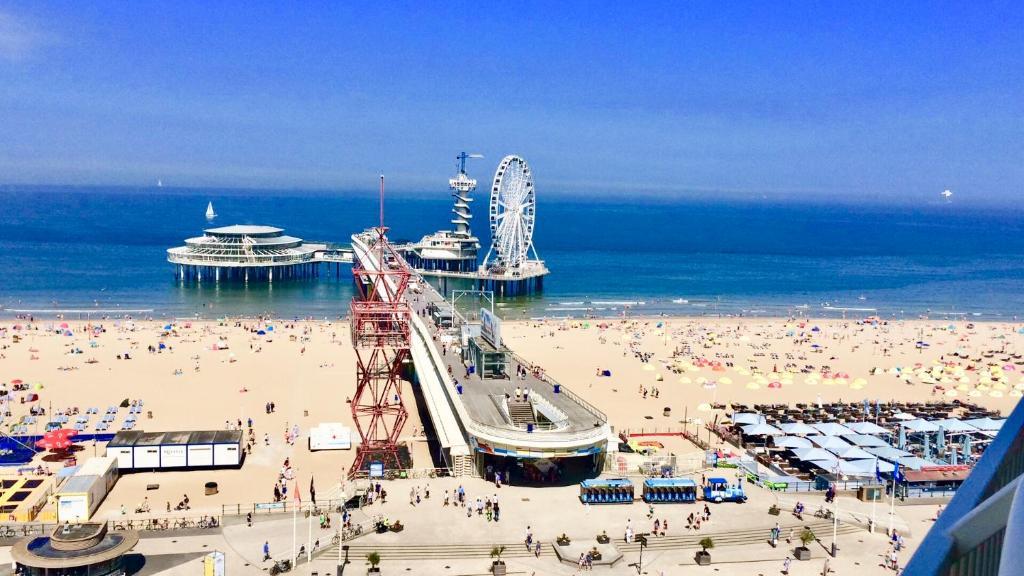 The most famous beach in the Netherlands: Scheveningen

Located in the city of The Hague, Scheveningen beach is known as the most famous beach in the Netherlands. If you thought the beauties and charms of Holland were confined to Amsterdam, you don't know how wrong you were!

The real capital of the Netherlands is the city of The Hague, located close to the great center of Rotterdam. This city, known for being a major cultural and political center on the continent, is much less touristy than other cities in the country but has its unique points: like its beach.

The city's extensive coastal area is known by this long and complicated name, but its charms are worth the effort of its pronunciation. As it is an extremely noble and rich area, you will find the best restaurants and hotels in the city, and you can stay in front of the bustling center located in front of the beach.

The strip of sand is much longer and longer than what is usually seen in this part of Europe, which further increases the attraction for tourists from other parts of Europe. The Netherlands: Dutch or not, all kinds of people go to the beach on weekends, just like in Brazil. It is guaranteed to meet new and interesting people from all over the world!

Speaking of Brazil, don't go expecting a Copacabana beach… Of course! The beaches there are not comparable to what we have in our country. But the city of The Hague has other things to offer:

You have a lot to enjoy on the coast!

You don't need to go to Scheveningen for a sunbath on the sand or a dip in the waters of the North Sea. There are dozens of excellent restaurant options that are located on the sand (yes, on the sand!) and allow you to taste traditional fish from the region with a beautiful view of the sea.

Also, there is the famous Pier: an excellent attraction, especially for children! You can have a beautiful panoramic view of the entire coastline on the Ferris wheel, in addition to being able to enjoy a traditional day like the locals.

For adults, we also have casino options: the practice is legal in the city, so there's a lot to enjoy!

As mentioned in the text above, the entire region is noble and full of all kinds of cultural and leisure options.

Close to the beach, you will also have access to two of the most important museums in the region: the Municipal Museum of The Hague and the National Geographic Museum. One focused on the most different types of art, with works ranging from Picasso to Van Gogh, and the other on scientific dissemination, they are located right next to each other, providing 2 options for visits in practically the same place. Excellent, isn't it?

And of course, let's not forget one thing. One of the main charms of the city of The Hague is its international culture: the city is home to more than 80 international entities, having embassies from numerous countries.

No wonder the city is known as the international capital of peace and justice, right? A very interesting and unique tour: unlike Amsterdam, in The Hague you can enjoy all kinds of leisure in a single city. Take advantage of your passing through the country and don't limit yourself to just knowing one city: the Netherlands has much more to offer.