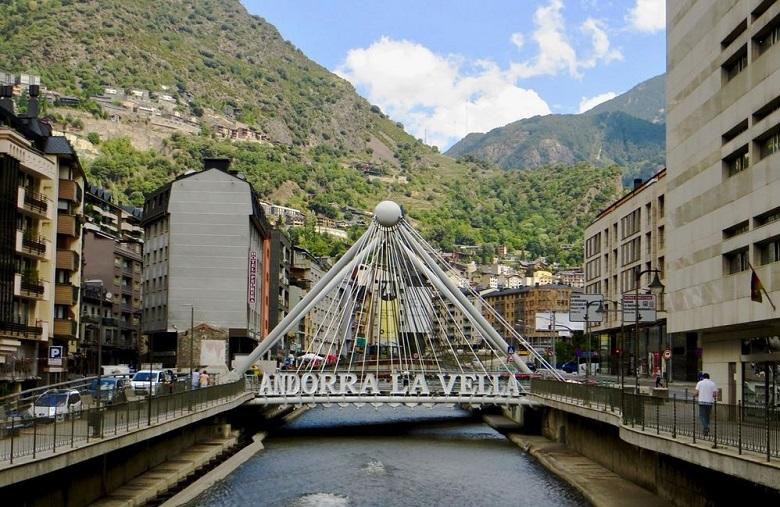 The small country of Andorra is located in central Europe, between Spain and the France. The country has an extension of just over 468 km² and a population of just over 77 thousand people! Thus, it is smaller in size and population than many neighborhoods in large Brazilian cities! Still, for those who want to know different cultures and lifestyles, this is a country that can easily be part of the itinerary!

Therefore, we have prepared here some tips for you to be enchanted with this small country. So, who knows how to add the country to your travel itinerary?

Andorra is one of the few countries in the world that still has a government in the form of a principality! In it, the president of France and a Vatican-appointed Catholic bishop, in the person of the pope, share the government in a system of diarchy, in which the two act as co-princes. A big difference isn't it?

Furthermore, it is the only country in the world with Catalan as its official language! But do not worry! Other languages ​​present in the country are Spanish, French and Portuguese! Thus, this is a country with great ease of communication for Brazilians and other foreigners. Another curiosity, the country has 57% of its population made up of immigrants! So, being a foreigner in Andorra is something common and you can be very well received and easily meet many Brazilians!

Despite being a little known country, the flow of tourists is huge during the year! About seven million people visit Andorra, which is even higher than the number of tourists that Brazil receives! That's because, for the most part, many people visit the country to shop! Andorra does not charge taxes on various products, working as a duty free, which attracts many people from neighboring countries, mainly!

So, if you're in Europe, you can even find Andorra a good place to shop!

What to do in Andorra?

The small country is located in the Pyrenees, the famous mountain region in Europe. Therefore, a classic tourist destination is choosing the country for skiing! For this, the tip is to visit the region during the European winter, and focus your destination on the Grandvalira complex!

If you choose to visit the region in summer, the recommendation is to enjoy at least one day at Lake d'Engolasters. The look is enchanting and it's a great option for family trips with young children!

In addition to the mountains, the country's capital, Andorra Vella, also stands out as a tourist attraction.

In it, we recommend hotels with thermal water spas and Romanesque churches! So comfort and stunning looks are right in the country!

To do so, you can choose to stay in the capital or even in small nearby towns with a simpler climate and even more cozy options!

So, if you can take some time to get to know the country more, the tip is to visit the cities of Canillo, Soldeu and Encamp. In these, we highlight as essential tourist attractions:

The churches of Sant Joan de Caselles, the church of Santuari de Meritxell and the Church of Sant Climent de Pal

In addition, during the trip we also recommend trying the local and handcrafted products of the country! There is a wide variety of wines, oils, sausages, chocolates, cheeses and liqueurs to be enjoyed! And, as prices are lower, it will be easy to guarantee even souvenirs to bring back to Brazil and give someone a gift!