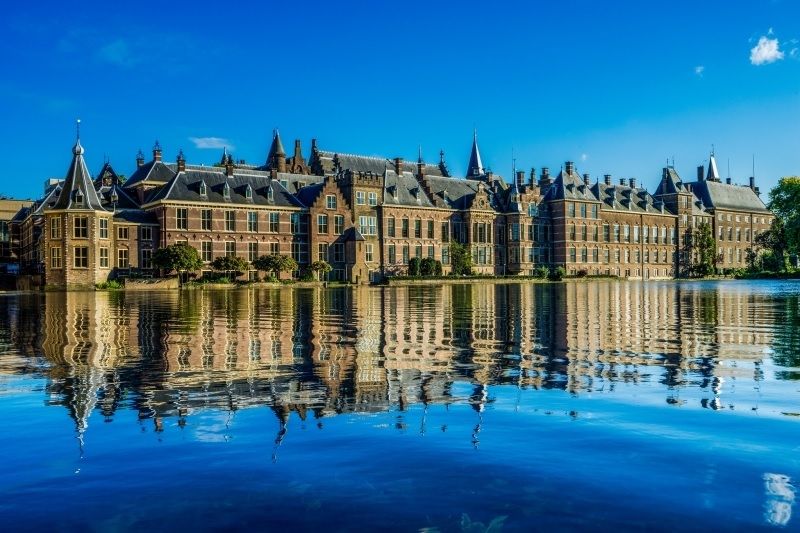 The Hague: the real capital of the Netherlands!

When thinking about Holland, it is natural that the mind of any Brazilian imagine a very specific city: Amsterdam. And it's not without reason. Amsterdam is the main tourist destination in the Netherlands: but that doesn't mean it's the only, let alone the best.

The real capital of the Netherlands, ie where the Dutch Parliament resides, is the city of The Hague, 40 minutes by train from the famous Amsterdam. Home to all the main attributes that a Dutch city could offer, it is a much less touristy city, but full of beauties and fascinating destinations to visit.

Let's see the main features of the city and tips to enjoy your stay in the best way!

As you have already learned, this is the real capital of the Netherlands. So, why not take the opportunity to tour the main buildings in the city? It may seem strange at first, but see what the city has to offer.

We can start with the Binnenhof, the parliament. Located right in the heart of the city, the building draws everyone's attention for its imposing structure and beautiful lake, which is bordered by a shore that resembles a small park, constantly frequented by young people and students from the prestigious University of Leiden, located at few blocks away. This building is also close to the famous Mauritshuis museum: but we'll talk about that later!

In front of the Binnenhof, you can enjoy and take the King's route. Yes, that's right! There is a ritual in Holland in which from time to time the King wanders through the city, and his way passes through the Binnenhof and enters the space that was once the royal residence, now a museum dedicated to the monarch family.

In the same region as the government buildings, you can enjoy the commercial and cultural center of the city of The Hague. Restaurants of the most different tastes, from a beautiful Argentinian steak to the traditional Dutch food Kapsalon, served in all the traditional fast foods in the city.

In the center, you'll pass by the best party venues in the city, such as Millers, Het Magazine and others: in other words, the nightlife is also guaranteed with parties ranging from reggaeton to traditional electronic music from the continent.

In this part of the city you will also find excellent bars, such as the classic Pub Fiddlers, located at the oldest Smartshop in Holland: Euphoria, a great recommendation for the adventurers on duty, who will also find coffeeshops for the most styles and tastes in the city.

Of course, we can't help talking about the best museum options in the city! Like any good Dutch city, The Hague will also have amazing museums filled with artists like Van Gogh, Veermeer and many others.

Let's start with the most famous: Mauritshuis. Former home of Maurício de Nassau (yes, the same one that was in northeastern Brazil!), it has been transformed into a prestigious museum in the city center.

Among his works, there is what is known worldwide as one of the most famous Dutch paintings: The Girl with the Pearl Earring, a work that has even become a Hollywood film.

In addition to this classic, you can also find several options of modern art, but the city's strength is its traditional artistic culture.

O City Museum, located near the city's beach, is full of works by famous artists such as Pablo Picasso, as well as being close to the interesting National Geographic photography museum: great option for those who are not only art but also interested in science.

We are deliberately not talking about one of the city's greatest charms: the beach of Scheveningen, and everything that the surroundings have to offer. It's for the next text!