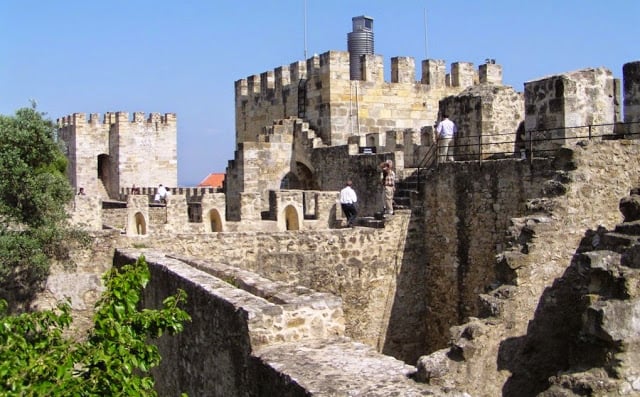 What to do in Lisbon? 3 Tips

The city of Lisbon, capital of Portugal, is one of the most frequented European cities by Brazilian tourists! Thanks to its cultural proximity to Brazil in history and language, the mild climate and the beauties of architecture and nature, the city has a great tourist attraction.

So, for those who want to travel abroad in Europe without going through language difficulties, this is the best option! To help you plan a special tourist itinerary, we have separated here some sights and activities not to miss in the city! So, follow our tips and have a good trip!

What to do in Lisbon? Start at São Jorge Castle

Perhaps the city's main tourist attraction, Castelo de São Jorge cannot be missing from your list of places to visit in Lisbon! The Castle is a large building dating from the XNUMXth century, underwent major reconstructions in the XNUMXth century, thus standing out for its grandeur and conservation. Today, it is an easily accessible monument for both those traveling by car and those traveling around the city by public transport.

In addition to the view of the city and the beauty of the building, the Castle also has a Garden of Indigenous Portuguese Species, with trees typical of the country and illustrate the nature of the region. The Castle of São Jorge also has a camera obscura with an optical 360° view of the entire city of Lisbon, from a periscope located in the Torre Ulisses, next to the Castle of São Jorge!

During the tours, a break for breakfast or afternoon snack must include one of the main recipes of Portuguese cuisine: Pastel de nata! As it is a classic production, it is possible to find the Manteigarias stores, one of the main patisseries in the production of delicacies.

Still, on almost every corner of the city's neighborhoods there are options for pastel of nata but here we highlight the main ones: Manteigarias and the Old Pastéis de Belém Factory!

There are indeed many options of places to look for the best view of the city of Lisboa! These are tours to be taken on mild days during the day. Choose one of these viewpoints to enjoy the sunset and you won't regret it!

Rua Cor de Rosa, Rua Rosa or simply Rua Nova do Carvalho is one of the city's main nightlife spots! The street brings together the most famous bars in the city, such as Sol e Pesca, as well as party houses. Of these party clubs, we highlight MusicBox, Rotterdam Club and Viking! So, for those who want to know where to walk and enjoy the night, this is the address, close to Cais do Sodré.

Since the project was launched in 2013, the street started to bring together young people and LGBTQIA+ groups, favoring the local economy and developing the previously poorly preserved neighborhood. This is a great option for a walking tour, as the street is closed to cars. If you want a quieter walk, the tip is to get to know the street during the day!