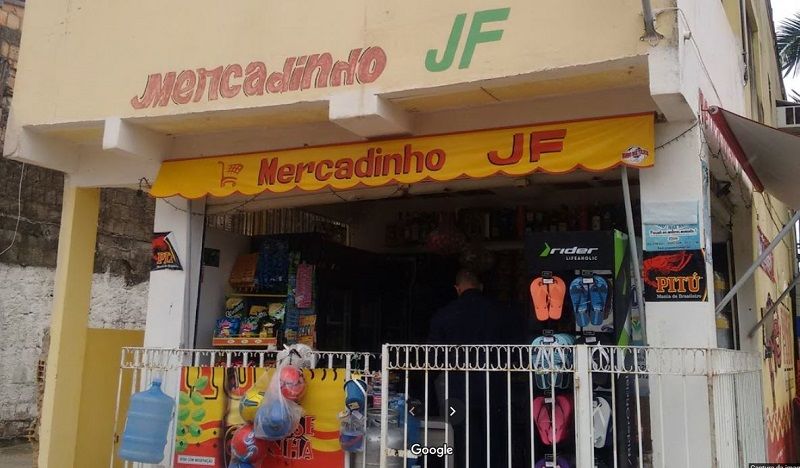 Quick summary: I was in Tamandaré without a car because I had lost my CNH. And I had arrived with everything closed in the city and without speaking to any local.

As I had just arrived from the trip I went to ask the caretaker "who arrived in the morning" where I could buy food and water.

He pointed me in the direction of the center and said that there was a market there and it was close, about 3 km walking.
As a good tourist I preferred to go to the beach looking for a small shop and walk as little as possible.

For my luck, god also protects lazy people, I found a mini market 500 meters from my accommodation.

A very good gentleman attended me, he even wanted to lend me the loan to take the bike to take the shopping, he said that afterwards I could return it without any problems (really).

While I was talking to the native my girlfriend bought a packet of oats and went to feed the horse that was in the wasteland ahead.

Yes, she does that kind of thing.

Items from my emergency purchase:

The whole purchase was R $ 84,50 and I could take it until the issue of the digital CNH, after that I would get a car at the nearest rental store.

If you go to Mr. Joas' market, say that it was the girl's boyfriend who fed the horse oats.

He will remember for a long time.

“Full dispensation”, now I can be the good paulista I trained until today.

I called the caretaker and asked if any fast delivery in that region. 🙂

He soon got on the bike and got out.

I thought he was offended, but he went for a walk around the region and got the menus from the restaurants they delivered there.

At that time, I had received the alert from the SP, the CNH had been issued and I could already rent the car.

The caretaker gave me the number of some restaurants, I chose to ask at Tapera, it was the closest.

I bought some cheese skewers, fried madioca and fish bait.
If you like fried manioc you are in the right place (you will see I mention this a lot in this Pernambuco / Alagoas series).

While waiting I went to solve the problem of the car.

As it was already night, I decided to search the internet for those who had a car and go the other day.
Unfortunately, I no longer had a vehicle Porto de Galinhas, I had to book one in Recife. 🙁

At the time I had not yet read about the insurance included in the card, so I chose to pay insurance.

After solving this I went to sleep, my third day of travel would start in a few hours and I still didn't know how to get there Tamandaré to Recife.

In Recife there was an abundance of Uber and taxi, Tamandaré barely had cars.